With the turn of the sun in the sky, it’s a great tradition (I just invented it) to confess before Sol Invictus comes closer. I am not a Japanophile. I don’t want to be Japanese, I don’t even want to be a Samurai. This makes me very different than most of the folks I know, and most of the folks I read on the net.

Don’t mistake me, there are loads of Japanese that I adore, but there are just as many that are selfish, with a sneering contempt for the westerners who invite them to visit. There are also impolite Japanese, who don’t recognize that there is any culture at all outside of Japan.

But that’s people, and I don’t have a problem with the Japanese who tell me that I ought to be Japanese, that I will never understand budo because I’m not Japanese, that I must bow down to them because they are Japanese. No problem at all, I can be polite until they go back to Japan and promptly forget about them.

I don’t have to listen.

But occasionally, I must confess, I do have a problem with the Japanophiles around here who need to seek the approval (which will NEVER be given) of those same Japanese. I become angry with these people because I can’t get away from them. They are here, telling me that I ought to be seeking approval from these same rude visitors.

I don’t have to listen to them either.

One of the few benefits of being one of the senior folks in my budo organization, of having a decent rank, of being in charge, is that I don’t have to listen to people telling me that I must do this or that (mostly amounting to sucking up) to become one of the seniors. I don’t. I am much happier doing my job, which is to look after those “under” me in our organization.

I don’t have to suck up any more, I have my rank, so being told I must meet this or that cultural demand simply annoys me. I will take care of our own instead. If those who feel that budo means becoming Japanese, those who joined budo out of a desire to become Japanese, wish to whitter on about the subtleties of switching the sword from one hand to the other to bow, I usually have no objection. No more so than being told that in Nova Scotia, my plaid is wrong, that my tartan is green, blue, yellow, red and double black, not single black. (Taylor, designed in 1955).

But when it does get “in my face” or more accurately, “up my nose”, (which is different, by the way, for those of you who don’t understand Canadian Culture) I simply remind myself that these folks are chasing a Japan that is gone. Except perhaps in the dojo of the Japanese teachers who wish they had been born 400 years ago. Try it, go to Tokyo and ask people on the street what Jodo is. NHK did just that and got zero out of whatever number they asked, who had ever heard of it. Budo is as weird for the Japanese budoka as it is for us. “I do iaido, it’s done with a sword”. “You mean kendo don’t you”.

There is no more budo culture in Japan than there is here.

I’m not in the budo to become Japanese, never was, but I can probably discuss the history of my arts with the best of you.

I confess that my budo are tools to become better people. Becoming a better person, in my world, means thinking, knowing the history, knowing other people and knowing myself. Blind loyalty to a culture and “the Japanese” (all Japanese folks? Or just the Japanese you figure you are being gatekeepers for?) is not something that makes you a better person. Look, budo is a tool, and tools can be used in many different ways. You can build someone a house with a hammer, but you can also hit them on the head with it.

I confess that my budo is not a budo that is designed to make me or my students Japanese, or to give me power over my students through some mystical (therefore imaginary) connection to the Samurai. To be Japanese is not to be Samurai. To be from a Samurai family is not to be Samurai. If it worked that way I would somehow know the Lightkeeper’s Regulations. I would know how to set and pull gill nets from a fishing tug. I would know how to drive a tank, as my father did in Korea not that many years before I was born. If I was to go to work for the Grand Trunk railroad as my Grandfather did, I would have to put in the same study you, without being from a RR family, would. You would have the same understanding as me, even though you didn’t come from RR genes. The Grand Trunk disappeared many years ago, so neither of us can pretend to it’s RR culture. Look up the Grand Trunk, it’s an interesting story.

I am so happy to have learned the things I have from the Japanese I have met, my budo skills of course, but also how to be kind, compassionate, polite and supportive. I am thankful that I am in the position to ignore the others, the ones who tell me what, but not how, the ones who come to read us “the book”. Year after year, and tell us our legs are too long or our intestines too short. The ones who mix into the politics of our organization, a place where they have no right to be. “You should do it this way”. (I will, when you move here and become the head of our organization, and when the board agrees with what you are asking us to do. Until then, I think we will do it our way thank you, but we will consider your kind suggestions.)

I confess to being annoyed by this stuff once in a while. 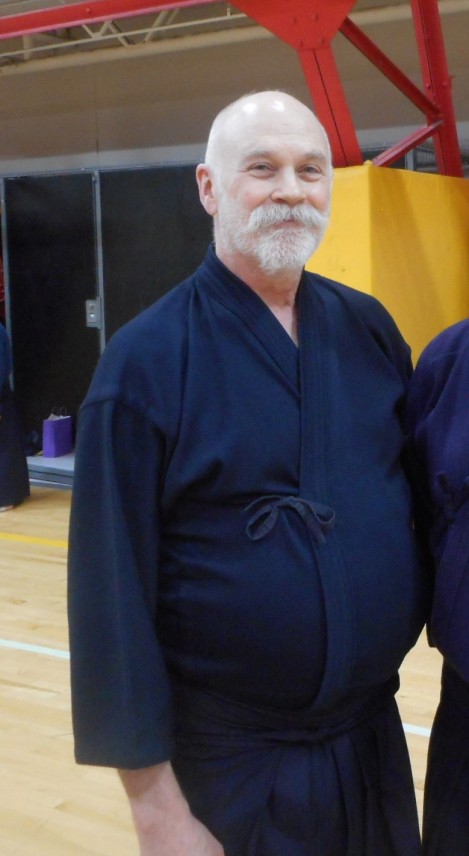